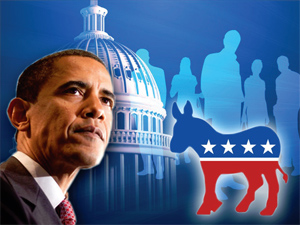 President Obama has devoted most of his energies over the last eight years to building a policy legacy, and he has made many important gains. Unfortunately, it will now be relatively easy for Trump and the Republican Congress to undo most of it fairly quickly. They will now proceed to repeal it (the Affordable Care Act), reverse it (executive orders on environmental regulation, immigration, and gun control), block it (Medicaid grants), or repurpose it (Dodd-Frank).

Clearly, policy accomplishments are only as durable as their political supports are strong. And President Obama, for all of his virtues, did not devote sufficient time or resources to building up those political supports.

Yes, he did a few things, but not enough to prevent the decimation of his party and its ability to protect his policy legacy. He campaigned hard for Clinton and some congressional candidates, and Clinton won the popular vote and Democrats picked up a few seats. But Democrats will remain the minority party (with all hopes hanging on the filibuster). At the state level, they will have unified control of state government in only six states.

This is a big part of why Obama’s policy legacy is so vulnerable, and why any future Democratic president will need to start over again in so many areas.

Presidents can choose whether to invest their time and resources in building a policy legacy, a party legacy, or both. As I’ve discussed elsewhere, Republicans have historically pursued both, while Democrats have gone almost exclusively the policy route.

Republican presidents from Dwight Eisenhower to George W. Bush sought to rack up policy accomplishments while simultaneously working hard to strengthen their party. They raised money for the party as an institution and helped to fund down-ballot races. They helped to strengthen state party organizations. They helped to recruit quality candidates. They directed resources to voter registration and get-out-the-vote drives. They assiduously worked to cultivate and train a new generation of activists and campaign operatives. To create a stronger and more competitive party in the long run, they worked to build a firm organizational foundation.

Obama, like most Democrats, did very little of this. His team did launch the (policy-focused) nonprofit group Organizing for Action, which may endure. And during his second term, he finally handed most of the information technology, strategy, and mechanics of his two presidential campaigns over to the DNC.

But that was about it. Now, the Democratic “bench” is weak and its “farm team” is virtually nonexistent. Democrats are scrambling to rebuild, as the “out” party always does. But they’ll no longer be able to benefit from White House largess, presidential fund-raising prowess, or the power of presidential persuasion. Eventually they will succeed, but it will be an uphill battle. This, too, will be one of Obama’s legacies.

Daniel Galvin is an Associate Professor of Political Science and Faculty Fellow at the Institute for Policy Research at Northwestern University.